You are here: Home1 / Acrovinyasa Workshop

LEARN TO FLY WITH SARA WEE 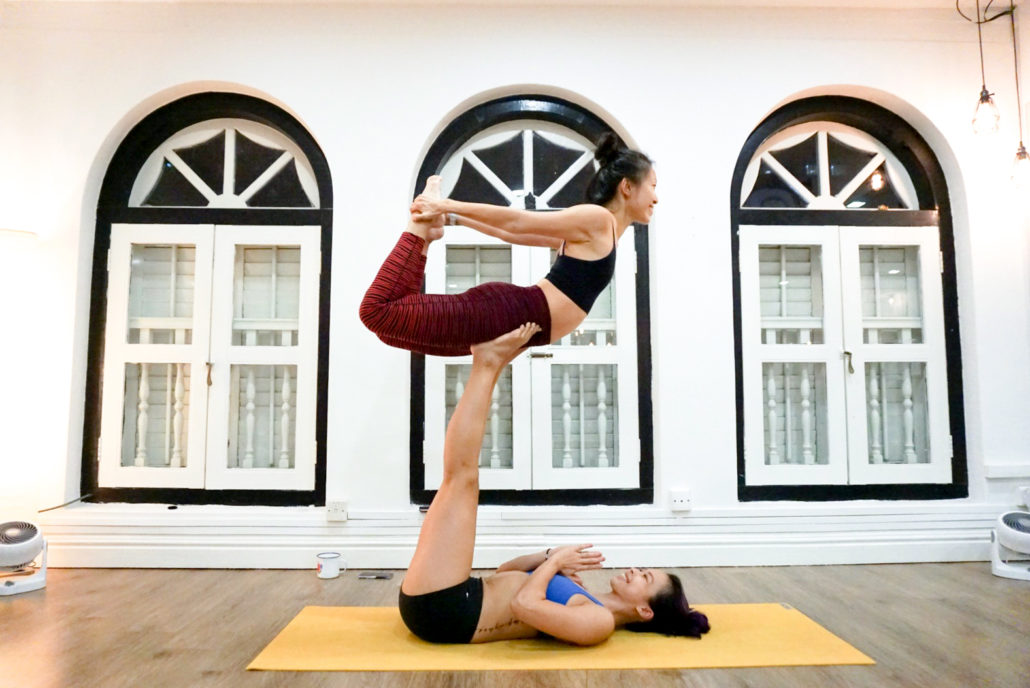 Price: $35.00 – Purchase online here
Class frequency: Second Saturday of every month at 11 a.m.
Open to all Levels. No prior yoga experience required!

We’re running Acroyoga workshops on the second Saturday of every month! They’ll be based on Acrovinyasa – a variant which unites elements from acroyoga and vinyasa flows, and will be conducted by Acrovinyasa certified instructor Sara Wee from The Yoga Mandala.

Acrovinyasa is a variant of acroyoga which incorporates Vinyasa flows into its structure. It’s was pioneered and trademarked by Yoga Beyond in 2014, and is now one of the fastest growing standardised form of Acroyoga in the world.

Whichever it is, you’ll be climbing atop another practitioner (or two) to go into different yoga poses. The person at the bottom is called the base, while the person on top is called the flyer. Of course, for safety’s sake, there will also be a very important third person, the spotter, making sure to correct and catch and imbalances or falls. And they say three’s a crowd, huh?

It will be conducted by Sara Wee from The Yoga Mandala, so that’s our way of saying: you’ll be in good hands.

It’ll be segmented into three parts – starting with solo vinyasa, followed by partner inversions, and culminating in acro.

During the acro parts, participants will be grouped into 3s, and they will be rotating between being bases, flyers, and spotters.

With a focus on breathing in movement, strength, and finding balance, this progressive yoga system can bring your practice to new heights, and cultivates trust and community in a powerful way.

No. We just want to tell you that this is really going to be an uplifting experience. Soar to new heights with this workshop, and get a real hands-on session. Don’t worry about not pushing yourself hard enough – we’re here to have everyone push each other a little harder, a little higher. Heighten your sense of community, and elevate your trust in your friends. And you’ll see that when you’re stacked against impossible odds, sometimes – in your most vulnerable positions – you’ll surprise yourself.